What does the relationship between the project manager and the client look like? 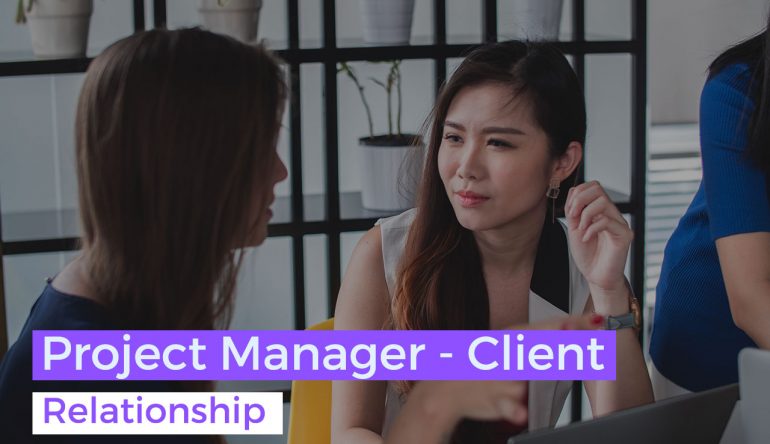 Being a project manager is no easy job. They’re responsible for entire projects and have to monitor their entirety, so the plans get executed correctly. They make all the decisions, both small and big, and are the link between the client and the rest of the team.

If you’re just starting off as a project manager or are a client meaning to hire a digital agency but are unsure what your relationship with the project manager will look like, look no further. This is the article for you.

Before the start of any project, it’s important that the client sets all the goals that they have and what they want to be done. If they need the digital agency to make improvements to their website or change the appearance, it’s of huge help that they know all of this before the project starts.

After the goals have been set and the project was discussed in-depth, the digital agency starts working on a presentation where they use all the information the client gave to them.

The project manager plays a pivotal role in this step as well, because the presentation contains the plan of the project, all the goals and how they will be achieved. Afterward, the client signs a contract with the digital agency and commences the process.

Deciding on the preferred method of communication

This is an especially important part and in it, the project manager discusses the preferred method of communication with the client.

Whichever method the client chooses, it is important that the project manager keeps them posted on all updates and that the client notifies them about anything that needs to be changed.

Communication with the team

But, aside from the communication with the client, the project manager also needs to frequently interact with the members of their team. Every day, they organize a meeting where they discuss the plan for the day, what everyone did the day before and what they’re going to do today. If someone finished their task, the project manager assigns them a new one.

Delivering all information on time

As previously mentioned, the project manager needs to notify the client about all milestones that the digital agency hits, both big and small. This includes all stages of website development, such as coding, wireframes, and mockups, as well as the content and its translations.

And not only that, but the project manager needs to make sure they’re delivering all of this information on time. The client must be informed about everything the minute it gets done, so they can give their opinion on it and so the digital agency can make the necessary changes and move onto the next step. Project managers are not only highly responsible people, but they also need to have really good time management, as it is crucial to the success of the project.

Knowing what information is important to the client

Not only do the project managers need to communicate with the client often, but they also must be good at communicating.

What this means is that they need to listen to what their client wants to know and to tell them the information they need. People often start explaining things in depth, but the truth is, the clients most often don’t want to know every detail of the process, and they’re just curious how it’s going and what got done. So, if you’re a project manager, pay attention to the way the client is forming their question.

It’s good to ask them how they’re doing because it shows good manners, but you don’t want to spend an hour talking and not say anything about the project. Also, it’s always better to ask them to clarify their question than to spend another hour explaining the process to them in detail, when they probably don’t understand much or simply don’t care about details.

Make sure that whatever information you’re delivering, you’re saying it clearly and not in a convoluted way because no one likes feeling dumb.

But sometimes, even the best project managers cannot do much about long meaningless conversations. Some clients just like talking or have some spare time, and it would be unprofessional if the project manager told them that they’re in a hurry.

If you’re a client, it would be good to think about the questions you would like to ask the project manager before the meeting, as this saves you both a lot of time. I would suggest writing them down and having them in front of you during the meeting.

The relationship between the client and the project manager is a highly professional one, with a lot of communication.

The Popularity of Single-Page Applications in 2021 (Pros and Cons)

What Makes a Website Expensive? These 8 Things For Sure