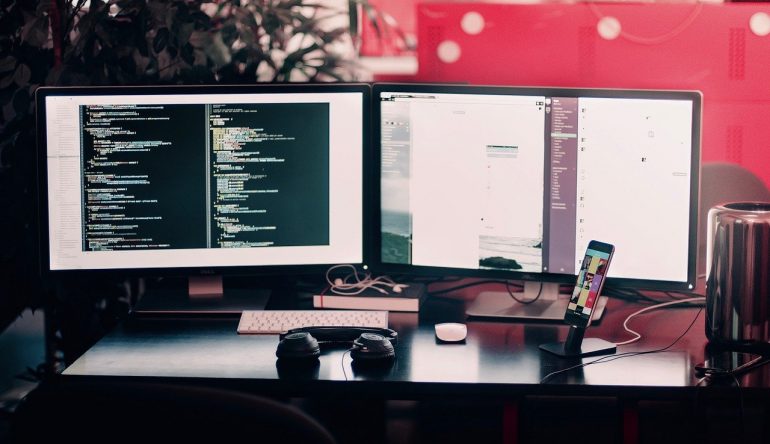 As the name suggests, web application development is the practice of developing web applications. Just like everything else in web development, it takes ages to make a web application. It is quite a lengthy process, so getting familiar with it ahead of time can be quite useful and time-saving.

Today, we are going to talk about all you need to know about web application development before hiring a digital agency to make an app for you.

Who is involved in the process of web application development?

As we mentioned, the process is lengthy and complex, so there’s a number of people who take part in it, the first one being the project manager.

Project managers are the links between the client and the rest of the digital agency. Their job involves planning the process in detail, to make sure it goes smoothly. They inform the client about reached milestones and hold meetings with the team. There, they discuss everyone’s tasks for the day and the process progression.

They also work with code, and these two jobs are nowadays often combined into one – full-stack development.

Both front-end and back-end developers participate in meetings with the client, so they learn about what the client wants the web application to be. They give advice and encourage the client to give them as much information as possible.

The rest of the team also includes quality assurance testers. After the web application development is complete, they test the app to make sure it performs the way it should. If the app performance lacks in some aspect, they notify the front-end and back-end developers, who then make the necessary improvements.

What software and languages do developers use during the web application development process?

It’s not necessary that you know this, but it can be highly useful. If the project manager or one of the developers mention one of the software or programming languages they used, you can save everyone a bunch of time by already knowing what they’re talking about and not needing an explanation.

Here are some of the most used programming languages and software that you are very likely to hear about from a developer.

HTML, or HyperText Markup Language, is used for colors, fonts, graphics and hyperlink effects. CSS, or Cascading Style Sheets, are how the aforementioned HTML elements are displayed on a screen.

JavaScript is another programming language. It enables interactive web pages (which is crucial for user-friendliness) and when it comes to web application development, it is necessary. Lasso, on the other hand, is an application server, and is used for web applications.

Python is a programming language that is usually used for large scale web applications that are not usually possible to be done using other languages, like .NET and PHP.

What does the web application development process look like?

Now that you know who are the members of a team working on your web application and what software and languages they use, let’s take a look at the web application development process and its phases.

This is the first phase of the web application development process.

Here, the client meets with the digital agency of choice and they discuss the web app in depth. It is crucial that the client provides them with as much information as possible.

They tell the digital agency what they do and what their business is all about. They also speak about why they want a web application, what the purpose of it will be, and how it will be used. Both the developers and the project manager speak to the client and jot down all the information. This information will be used later in the development process and is needed for coming up with a plan.

It is crucial that the client knows exactly what the purpose of the app will be, because if they’re uncertain, the development of the app can finish and the app will be great, but its purpose will be wrong and it can fail.

After all the information is gathered, the team starts discussing the project. The project manager begins working on the plan.

All the goals, needs, and features of the application that the client spoke about are used to develop a plan. The information gets analyzed and the goals get broken down into smaller goals. Let’s say you wanted to make a photo-sharing web application. Your goal would be to enable people to share their images.

Aside from the design of the app, the digital agency would have to work on a photo uploading system, hosting of said images, creation of user profiles, sharing of images, etc. Every step consists of a number of smaller steps.

Afterward, the project manager defines the tasks. They split them among the team, so everyone gets a to-do list for the entire project. Nothing is set in stone, though. It can always happen that the client changes their mind about something (most often design), so changes will need to be made.

The planning phase gives the project manager a rough estimation of how long the web application development project will take, which is important because the client often has a deadline that must be kept in mind.

When all the planning is done and the project manager decides that the plan doesn’t need any more work, the development phase commences.

You, the client, play a minimal role during it. The digital agency will inform you about milestones and you’ll be giving your opinion on the web application appearance. The project manager will keep you posted on everything that happens and all the work that gets done, so you will always know what is happening with your future web application.

During this phase, the digital agency’s quality assurance team gets to work. They will test the performance of the web application, to make sure that everything works the way it’s supposed to.

5. The deployment of the web application

As you can see, the web application process is quite lengthy and complex. Deciding to make a web app is a huge step, but that’s why digital agencies exist. These teams of professionals and specialists are trained to tackle even the most complex of tasks, using software that most of us have never even heard of.

The Popularity of Single-Page Applications in 2021 (Pros and Cons)

What Makes a Website Expensive? These 8 Things For Sure