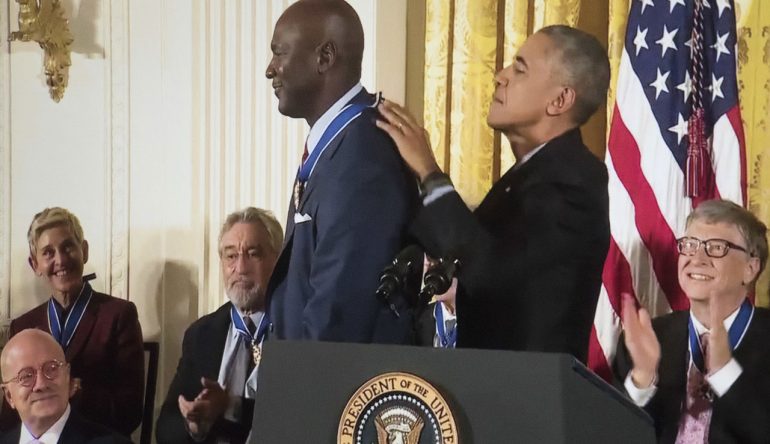 Celebrity endorsement can be greatly beneficial for both the celebrity and the brand.

It is estimated that the NBA legend Michael Jordan earns $60 million a year from Nike and their Air Jordan shoe deal.

Related: How did Nike and Coca-Cola attach emotions to their brands?

If you think these numbers are insane, wait till you hear about LeBron James’s $1 billion lifetime contract with Nike. If these celebrities earn this much, we can only imagine how much the brands are earning through their endorsements.

However, things can easily go wrong, and when it comes to celebrities, they quite often do.

Nobody is perfect, especially not celebrities. People tend to put them on pedestals and worship them, and then they inevitably get disappointed when the celebrity makes a not-so-smart move or says something bad.

And in this day and age where everything is filmed and documented, it is not easy to get away with a dumb move.

Remember the Kendall Jenner Pepsi ad back in 2017, where she handed a can of Pepsi to a police officer in the middle of a protest, which led to the crowd cheering? If you don’t, all I’ll say is that the ad was everything but well received and Jenner was accused of undermining the Black Lives Matter movement. Despite her apology, it is still talked about in 2019.

Emma Watson, a feminist campaigner, was heavily criticized after starring in a Lancôme ad that promoted a skin whitening product. Definitely a product you want your face to be on if you’re a feminist.

Aside from filming controversial ads, celebrities are also known to make mistakes and write controversial tweets, which blow up within seconds and lead to people ‘ canceling’ them.

In 2005, Chanel, Burberry, and H&M dropped Kate Moss after she was allegedly caught snorting cocaine.

In 2009, after images of Michael Phelps smoking cannabis showed up, Kellogg’s announced they wouldn’t be renewing their contract with him.

After a resurfacing of crude sexual tweets from 2010, Disney fired the ’Guardians of the Galaxy 3’ director, James Gunn. Remember when we mentioned that everything gets documented on the internet? Even though the tweets have since been deleted, they can still be found on the internet.

There’s hundreds and hundreds more examples like this, but let’s move on.

So, bad things can happen when brands don’t think their campaigns through and when celebrities don’t think about the consequences of their actions. But on top of this, overexposure is also a thing.

We already mentioned a few amazing celebrity endorsements that pay really well, and it comes as no surprise that celebrities are eager to sign endorsement contracts. But what happens when a celebrity endorses multiple brands, either at the same time or quickly followed one by the other? The answer is that both the brand and the celebrity can suffer from this.

Studies have shown that people prefer buying a product that is always advertised by the same celebrity. If a celebrity endorses multiple products, studies show that the interest of the consumers in said products is smaller. If they endorse multiple products that are similar, the effect is even worse.

Consumers will start thinking that a celebrity endorses anything they can, thus making them doubt the quality of products and the credibility of the celebrity. It comes as no surprise that all the biggest celebrities have big contracts with only one brand.

When it comes to celebrity endorsements, the point can easily be missed and people may focus on the celebrity instead of the product.

The ‘overshadowing effect’, also known as the ‘vampire effect’ happens when the presence of a celebrity or their personality eclipse the very product they’re promoting. A celebrity can easily outshine the product and, in that process, remove the link between themselves and the brand. This is why choosing the right celebrity for your endorsement is of great significance.

A celebrity hurting their own image and company

Here’s another example of a celebrity damaging the reputation of themselves and a company.

In 2018, Joe Rogan invited Elon Musk, the Tesla CEO, to be on his podcast, ‘The Joe Rogan Experience’. Unfortunately, the topics they talked about weren’t what made this podcast memorable.

During the episode, Musk sipped whiskey and took a single puff of cannabis, which is against Tesla’s Code of Business Conduct and Ethics. Even though the podcast was recorded in California, where cannabis is legal for recreational use, it is still illegal according to the U.S. federal law.

The following day, Tesla’s shares dropped by a whole 9%. Today, Tesla’s stock price recovered and is back to normal, but you have to admit, it is pretty amazing how such a small thing can affect so much.

Later in 2018, Tesla’s shares dropped by 7% after Elon Musk made a tweet where he mocked the U.S. Securities and Exchange Commission, or SEC for short, after fraud charges. Shares fell more than 2% only hours after the tweet.

Last year, after the rescue of the Thai junior football team that was trapped in a cave, Musk called the diver that saved them a pedophile multiple times, which lead to the diver suing him for defamation. The trial is set to start in December, and while it is uncertain whether it will affect the Tesla stock or not, it definitely stands as another bad move of Musk’s.

Celebrity endorsements can be as dangerous as they can be beneficial. Just because they’re famous, it doesn’t rid them of faults and bad opinions, which can sometimes even permanently damage their reputation and the reputation of the brand they’re endorsing.

Additionally, celebrity endorsements are pretty pricey and sometimes the brands themselves don’t really think their advertisements through, resulting in controversies and shares dropping.

Endorsements and advertisements should be carefully crafted and planned, and we hope that this article has helped you learn about what can happen to your brand if you choose the wrong celebrity to endorse your brand.

How to Attract Customers Online in 3 Steps!

Is TikTok the fastest growing social media platform in 2021?