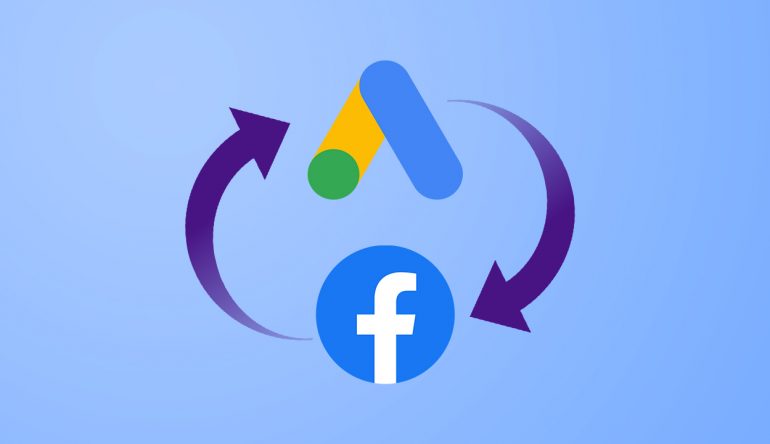 How many times have you visited a website and haven’t bought anything from them? And then you saw an ad for their website a few days later? This is a result of remarketing.

Remarketing, as the name suggests, is the practice that gives businesses a second chance to make a potential customer into, well, a customer.

Remarketing, also known as retargeting, uses a code (cookie as we know it) that it places into the potential customer’s browser after they visit a website. That cookie is what causes an ad to get displayed to them afterwards, hence why people are often ‘chased’ by ads all around the internet.

While many people think that it’s all a coincidence or fate that they keep seeing a product they checked out once, the truth is, it’s neither of those.

Remarketing is a clever strategy most often used for lead generation and promotion of products and services. It can be quite effective, especially if it’s a combination of Google Ads and social media platforms.

You know when you’re looking something up on Google and the first few results are ads? That’s a result of Google Ads, Google’s advertising system that utilizes the PPC, or pay per click model. Businesses bet on certain keywords and whoever wins gets to be at the top of Google’s search pages.

Google Ads is Google’s most successful service, and for a good reason. Statistics show that 75% of people never go past the first page of Google, and the top three results get a huge amount of 75.1% of clicks. It’s only natural that all businesses are competing to be on the first page and on top.

How does Google Ads remarketing work?

You know how I mentioned that Google Ads was Google’s most successful service? People often think of Google as only the search bar, but it is so much more than that.

Google has a whole network, separated into two categories: the Search Network and the Display Network. The first one, aside from Google’s search result pages, consists of Maps and Shopping, as well. The Display Network, on the other hand, contains Gmail, Blogger, and most importantly, YouTube.

Google Ads’ remarketing campaign will target the users that have visited your website, and show them your ads when they’re using another of Google’s services.

What makes remarketing useful is that if someone visited your website, but got distracted by something else or was in a hurry, Google showing them your ad again would remind them about your product. If they don’t purchase it even then, Google will show it again, keeping your business in their mind. Sly, but we cannot deny how smart and effective it is.

Social media platforms, on the other hand, have a multitude of advertising systems. But what makes them exceptionally good is that they show relevant ads to users. This means that social media websites target users very precisely and show them what they know they will like. If you know who your target audience is and which social media they use the most, then the advertising becomes even easier.

Similar to Google Ads, Facebook remarketing targets users the same way: by looking at which websites they’ve visited and then displaying ads related to those websites using code.

Facebook remarketing has a few different options when compared to Google Ads, as well. It allows you to remarket using a Customer List, that lets you show ads to people (or contacts) you’ve already acquired. It uses emails, phone numbers, Facebook user IDs, and mobile advertised IDs and matches them to people on Facebook.

The option of Website Traffic will show your ads to people who have visited your website. And last but not least, the App Activity option allows you to target people who have used your app, if you have one, that is.

If you still aren’t convinced how useful Facebook remarketing is, how about this fact: the remarketing ads get 3x more engagement than regular Facebook ads. But none of this would be possible without Facebook pixel.

The Facebook pixel is a code that you can place on your website. What it does is it collects useful data that you can use for a number of purposes: improving your target audience information, tracking Facebook ads conversions, and, you guessed it, remarketing.

Additionally, the pixel looks at the people who have visited your site and it can build an audience for you and make the process of finding your target audience significantly faster and easier. Aside from a custom audience, it can also create a lookalike audience, that helps you reach more people.

By tracking conversions, it helps you know how people are interacting with your website, so you can make any necessary improvements.

Why these two are a good remarketing combination?

We’ve seen the benefits of both, but what if you were to use both of them for remarketing? Imagine if you used the remarketing service of both Facebook and Google Ads: this includes people looking up stuff on Google, and people who spend hours and hours on Facebook.

By doing this, you would be covering the entirety of the Google Network and Facebook, both massive platforms used by people daily.

Google’s statistics show that there are more than 40.000 searches every second, and more than 1.2 trillion searches every year. On the other hand, Facebook has 1.55 billion monthly active users.

How to combine their uses?

WordStream released a statistic that advertising on Facebook increased brand searches on Google by 34%. Take a look at this useful chart:

Maybe the best use of all, you can retarget people on Facebook that saw your search ad. Using the aforementioned Custom Audience option, you can tell your Facebook ad campaign to create a new custom audience that matches the same page the ads from the Google Ads campaign lead to. This way, people will get ads on Facebook related to what they were searching on Google.

Even in 2020, retargeting remains the best marketing strategy. It enables you to remarket your products to people who have seen them in the past, people who have purchased something from you, or inform your current customers about any new products.

Facebook Ads and Google Ads have been competing for a while now, but the most beneficial option for your business would be to use them together. By combining Google Ads remarketing and Facebook remarketing, you would get the most out of this effective strategy.

Covering the entire Google Network and Facebook would give your business a huge boost in exposure, as well as sales.

We hope that this article has helped you learn something about remarketing and thank you for reading!

What is the Conversion Rate and Why is it Important?

Hero Help Hub – What are those 3 types of content? (+Examples)