How Did Nike And Coca Cola Attach Emotions To Their Brands? | W3 Lab

How Did Nike And Coca Cola Attach Emotions To Their Brands?

According to various studies, emotions affect 90% of purchases. Does that mean that connecting your brand to emotions is a prerequisite for a successful brand? The answer is YES.

Before we start, it is important to know that emotions are subconscious and that we cannot control them. For example, we cannot choose when we are going to fall in love or have butterflies in our stomachs. We can’t turn our emotions on and off like a switch, they are rooted deep within us.

That is the purpose of emotions when it comes to building a brand. A question we should be asking ourselves every day is:

Which emotions will my brand elicit?

This would be a very difficult question if we don’t know what we do. No one could answer this question… Unless…

We don’t know who is our target group.

Now everything is so much clearer.

We know our niche.

We know our target audience.

Knowing the answers to these two questions will help us answer the third one: which emotions do we want to elicit when it comes to our target audience in a specific niche.

Let me give you an example.

Nike, shoes for running. That right there is a niche of young people who exercise, live a fast life and to whom running is a way of getting rid of all the negative energy and stress. The age of this niche is 22-30 years.

So, we have an answer to the first two questions. The last one remains – the emotions.

Which emotions do we want to elicit when it comes to this specific niche?

Why does Nike have the best marketing method in the sports industry?

Nike has a unique marketing method, one of the best in the world. Try to remember any of their commercials. They never talk about the quality of their shoes or their design. They even rarely mention the advantages of their shoes when it comes to sportsmen.

The focus of their commercials is emotions. When you are watching them, you get a rush of emotions, similar to when you’re watching Rocky. You suddenly want to put on a tracksuit and go outside and run as you’ve never run before. You get the urge to lift logs in the woods while it’s raining. Very similar to Rocky.

So, when it comes to Nike, the answer to our third question is emotions related to victory, success, morale, self-improvement.

This is a great example of a good commercial that invokes strong emotions but doesn’t take a lot of money to make.

Most of us (if not all) have had weight issues before. We all know how depressed it made us and how we felt too lazy to move.

Imagine seeing this commercial at that time. It would awaken strong emotions in us and we would feel like we suddenly had the motivation to improve ourselves.

Such a simple yet powerful slogan.

The feeling that we are part of something bigger is what fulfills us. Every person wants to feel like they belong. Look at the commercial below and how masterfully they pulled this off.

Imagine how all the people who used to play football when they were younger would feel while watching this commercial. They would suddenly remember their childhood and how carelessly they kicked a ball with their friends on some old football field or meadow.

They would probably get the urge to go to the first Nike shop, buy a pair of football shoes, call up their old friends and go and play a match, just like in the old days.

Imagine how this target audience’s hearts would start pounding upon seeing this commercial.

Older men are the secondary target audience for this commercial, the main one consists of kids who dream of becoming famous football players. But for the purpose of this post, I will focus on the older football lovers, so we can see how this commercial impacts them and how effective it is.

Of course, positive emotions aren’t the only kind.

For example, this commercial could be aimed at fathers who used to play football when they were kids. Upon seeing it, they would feel guilty for not giving their kids enough attention when it comes to their sports activities. It would remind them how much it hurt to not have their own parents believe in them and encourage them to pursue their dreams of becoming a professional football player.

The father who saw this commercial would afterward take their kid to a Nike shop and buy them the best pair of football shoes. The emotion of guilt is as strong as the one of elation from the previous example and just as effective.

The point of this is that it is very effective to pull the ‘past’ card on your audience and have people look at their past through rose-tinted glasses.

Winter is coming, and along with it, the Coca Cola commercials with the trucks visiting every country on Earth and delivering Coke bottles – little bottles of happiness. All of those who have them are happy because Coca Cola unites people and families. It is not only a drink; it’s a family member who completes every gathering.

When the seasons change and summer comes, Coca Cola is everyone’s refreshing drink of choice. Young people having fun on beaches and adventuring is great and all, but not complete without a Coke.

It is easy to see how Coke promotes their product. It has a disadvantage for being what it is and as such cannot change and evolve, like shoes, for example. Because of this, it has to work extra hard to invoke the emotions in its buyers. In their case, it is the emotion of happiness. One of the nicest and most important emotions in life, connected to Coca Cola.

Their answer to unhealthy habits

In the past few decades, food and drinks which aren’t the healthiest started getting criticized heavily, something that can bring a lot of damage to the reputation of a big corporation. One of the ones in the center of the critiques was Coca Cola, McDonald’s, KFC and many more.

Coca Cola’s question was: ‘’What will we do when the majority of people start caring about their health so much that they stop buying our product?’’ The answer? Diet Coke.

This was a genius move since Diet Coke started being made back in 1982, long before the health concerns about foods with tons of sugar. So everyone who is aware of the amounts of sugar in the regular Coke can now enjoy the Diet version of the most popular drink in the world, now with 0% sugar. Do you remember the first slogan you heard on the TV and saw on many billboards?

Coca Cola succeeded in eliminating the feelings of guilt in people who felt like they were drinking an unhealthy drink and made them say ‘’I can drink Diet Coke as much as I want because it doesn’t contain any sugar’’. Genius move from Coca Cola.

Don’t put all your eggs in one basket, says an old proverb. If one company took it seriously, it’s Coca Cola. In the next picture, you will see brands that are worth more than 1 billion and are owned by Coca Cola:

Do you recognize any drinks that you like, but didn’t know were owned by Coca Cola?

This is only one part of their products. Their tactic is to own as many drinks that people drink daily as they can, so they can ensure the growth of their company. So while there are numerous brands of waters, the first thing we think of when someone says Coca Cola is Coke.

Examples are the best way to understand what emotions mean when it comes to branding. You need to answer the questions ‘what do I want my followers to feel when they see my posts’. What is the message of your posts? How are you going to win over the hearts of your audience?

Emotions impact 90% of purchases. Use them and you will build your brand. 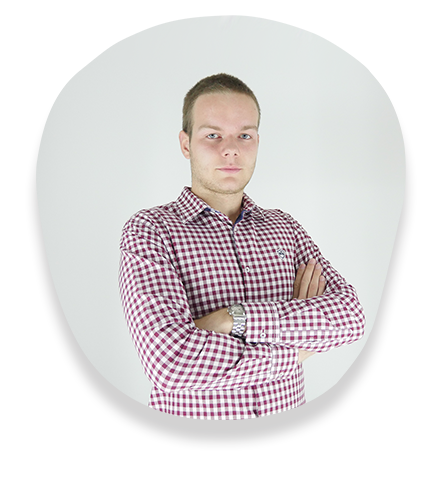 Believes that Instagram is the best thing in world ever. Clearly he has never tasted beer.

GET AHEAD OF YOUR COMPETITION WITH OUR FREE EBOOK!

Do you want to know how you can use the power of the Internet to the benefit of your business? We have just the thing for you!

Enter your work email here and we’ll send you our GUIDE TO WEBSITES FOR SMALL BUSINESS OWNERS!